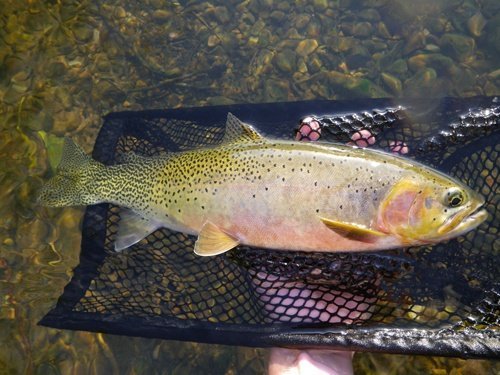 Bozeman Westslope high school will be the official name for Bozeman’s second high school. The school, which is currently under construction is slated for completion in spring of 2020.

The Bozeman School Board voted 7-0 Monday to choose a name for the community’s second high school, despite calls for delaying the decision to give the public time to weigh in. The Westslope cutthroat trout is Montana’s official state fish. Historically it has lived in the Gallatin and Madison river watersheds, though it has become increasingly rare because of hybridization and habitat degradation.

Bozeman’s second high school name: Westslope High School beat out two other names that were recommended as finalists by a naming committee — Bozeman Spanish Peaks High School and Bozeman Storm Castle High School. Builders have been pushing to get the name, mascot and school colors settled as soon as possible so they can be incorporated in the school’s interior.

Bozeman’s second high school construction began in April 2017. The school will be 300,000 SqFt with a competition gym, auxiliary gym, auditorium, tennis courts, track and field and a dedicated music wing. It will be a comprehensive high school with a capacity of 1,500 students. Bozeman’s current high school is bursting at the seams with 2,400 students.

What do you think of the new high school’s name? Share your thoughts in the comments below!